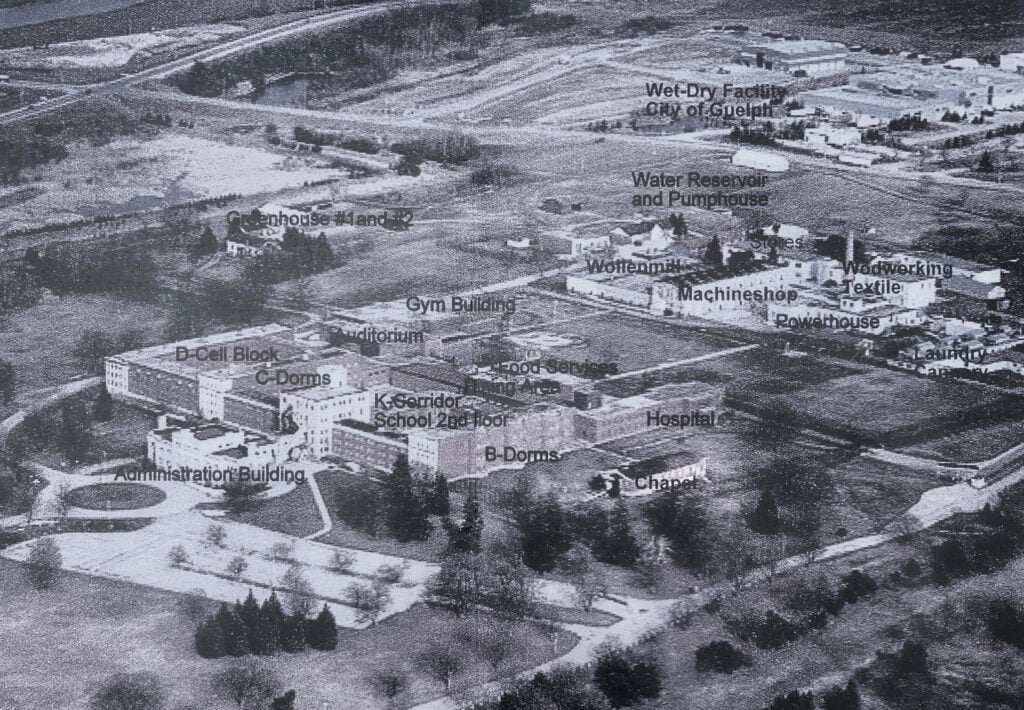 The Guelph Correctional centre, earlier known as the Ontario Reformatory, has a long and proud history as a world leader in the move away from incarceration as a form of punishment toward the use of productive work and training as a means to rehabilitate inmates and give them employable skills for life in the community.  The Center also has a long tradition of self-sufficiency, producing nearly everything needed to operate and feed a closed facility on site.

The creation of the “Ontario Reformatory” was a fine example of using innovative ideas to solve the social problems of the province. Over the years the institution was always in the forefront of introducing and adapting new concepts in this regard.  Yorklands Green Hub has adopted this spirit of reform and the heritage of the site as a means of promoting the social and cultural history of the past as a bridge to a future that the next generations can appreciate and learn from.

This site is a gem for the province and our city that will be a fine educational and heritage site.

During much of the 20th century, the former Ontario Reformatory lands that front onto York Road, were manicured lush green lawns laced with waterways that spilled over stone weirs, charming bridges, and endless stone walls and borders. The site was a a popular destination for visitors, who even sent postcards of the grounds to share their experience with friends. They also took pictures – and home movies! Well-known Guelph lawyer John Valeriote, with multigenerational family roots in Guelph, has shared a family film clip from the 1940s, shot in the beautiful gardens along York Road on each side of meandering Clythe Creek. Thank you John Valeriote for generously sharing a piece of history!

House on the Hill by Karl Grottenthaler

Hundred Years of Memories and a New Beginning: A pictorial journal of people and programs that made this institution such an excellent example of a new innovative approach to prison reform

It is with deep gratitude that Yorklands Green Hub acknowledges the generosity of Karl Grottenthaler in sharing with us his important documentation of Guelph’s landmark heritage site at 785 York Road, prior to his death in 2014. Karl was immensely proud of the “House on the Hill” and, as the title of his book infers, fondly hoped that the rich cultural heritage landscape that was created through innovative thinking early in the 20th century would be preserved and thrive in the Guelph Innovation District.

This report from the 1992 Ontario Archeology Journal, on an event at the Turfgrass Institute which was part of the former Ontario Reformatory lands in Guelph.

This dig uncovered “surface material recovered suggested an occupation date of ca. 900 BC. No sooner was this date chosen to be the name of the event when progressively older material began to be found.

The name “GUELPH 900 BC” was given to an event that took place on August 1st on the grounds of the Turf Grass Institute, University of Guelph. The event was featured as a public celebration and Open House to climax an archaeological dig on the property. Both the dig and the event were devised and orchestrated by Ken Oldridge, Vice-President, Grand River Waterloo Chapter. Being simple in concept, the complexities at the administrative level were found to be well within the capabilities of the OAS and the Chapter, and the results were entirely successful. During an early spring survey, surface material recovered suggested an occupation date of ca. 900 BC.

No sooner was this date chosen to be the name of the event when progressively older material began to be found. The dig lasted all July and employed John D. A. MacDonald as Director and a number of students paid from the federal SEED program. Volunteer input was added from the Passport-to-the-Past program, GRW Chapter members and other volunteers. The OAS provided insurance and some administration. The public presentation segment of the Open House required some masterful and complex coordination, all ably attained by Ken Oldridge at Guelph and OAS staff in Toronto.

The overlapping jurisdictions of the Turf Grass Research Institute, the Ontario Ministry of Agriculture and Food and the University of Guelph were all respected and made part of the program for the day, with Dr. Leonard Conolly speaking on behalf of the University and Dr. Bruce Stone on behalf of the Turf Grass Institute. Federal funding of the dig, together with the concurrent Canada 125 celebrations, was recognized by inviting local MP and Minister for Science Dr. William Winegard, who was represented by Elsie McNaughton. At the provincial level the Ontario Ministers of Culture and Communications Karen Haslam and Agriculture and Food Elmer Buchanan both deputised local MPP Derek Fletcher, who also represented the Government of Ontario at large plus his local riding, and Ontario Heritage Years. Dorothy Duncan, Chair of the Ontario Heritage Foundation, spoke for heritage in the province. The City of Guelph was ably represented by His Worship Mayor John Counsell. Speakers representing the Society, Chapter and the archaeology of the site were Society President Dr. Bruce Welsh, Chapter President Henry Ford, Chapter VicePresident Ken Oldridge and site director John D. A. MacDonald, who then conducted tours of the site. The Master of Ceremonies, Society Executive Director Charles Garrad, also spoke for the First Nations, for whom it had proved impossible to obtain a representative.

The Turf Grass Institute equipment garage was transformed into a display and information centre, with exhibits erected by the Ontario Heritage Foundation, The Ontario Historical Society, the Ontario Genealogical Society, the Ontario Museum Association, the Wellington County Museum and Archives, the Ontario Archaeological Society, the Grand River Waterloo Chapter, and the Turf Grass Institute Site excavation project, supplemented by a general display of archaic artifacts by Art Howey. Even Charlie Nixon’s replica atlases were there. The Ontario Historical Society donated prize books and operated hourly lucky draws for them. The Guelph Civic Museum donated free admission tickets. The Chapter ladies excelled at the refreshment table. The local media were entirely supportive and enthusiastic both before and after the event, the rented chairs, tables and PA system all worked well on the day itself, a respectable number of the public came, and the weather could not have been more perfect. Everyone seems to have gone home well pleased. The results can only have been beneficial. The Chapter received a boost, enhanced recognition within the community, and information concerning local sites and collections. Canada 125 and Ontario Heritage Years were recognised, plus the considerable antiquity of the First Nations in the Guelph area.

A multi-component Archaic Site was partly excavated and the people of Guelph made to feel good about it. The ability of the Chapter to sponsor and operate a substantial archaeological dig, and jointly with the Society to create, sponsor and conduct a significant celebration and Open House involving levels of government and sister heritage organizations, never in doubt, was affirmed. The event will also be remembered as a memorial to Chapter President Henry Ford, who passed away suddenly only two weeks after the event. 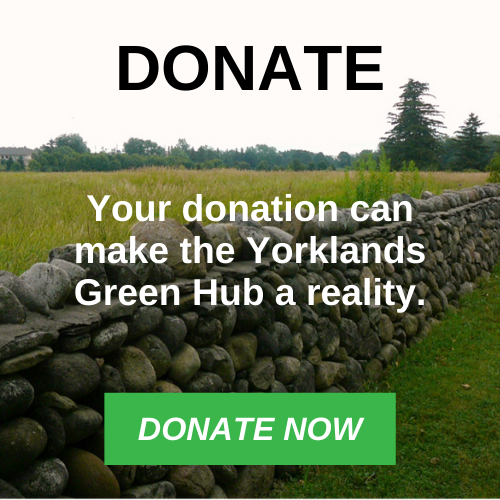